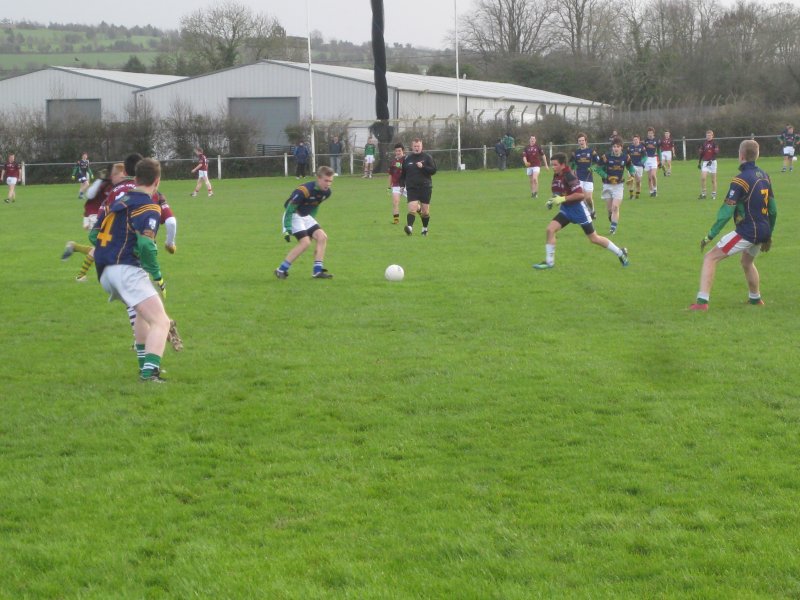 Our U16 footballers played Colaiste Mhuire, Johnstown in the South Leinster semi-final on Thursday 9th December.  They got off to a good start with powerful defending by Brian Phelan. Paul Kirwan received a free but with the strong winds it went wide. There was another attempt at a point by Patrick Butler but it failed to go over the bar. The match continued with good play by Dylan Halligan and Ronan Coffey which led to a point by Mark Ryan. There was good team work from Brian and Ronan with Paul Kirwan strongly fighting for the ball which paid off with a point from Ray Cody. Luke Donnelly came on to replace Conor Frisby. At the end of the first half Scoil Aireagail were down 1 point. No. 5 on the opposing team was very strong and there was great defense from No.6. Shaun Donnelly replaced Darren Audoire. Johnstown put up a good fight and scored 2 goals but Ballyhale kept up their good tackling. A skilful point by Mikey Jones was scored but unfortunately it wasn’t enough to beat Johnstown who then scored another goal to win the match.