The school community of Scoil Aireagail marked Proclamation Day on 15 March with a ceremony that included recitation, music, song and film. In the opening address Principal, Mr. O’ Brien, touched on a number of themes related to the 1916 Easter Rising; general summary of the main events, views of Irish people at the time, patriotism and the Rising’s contemporary significance. Four 6th year students (Ciaran McGorrian, Paddy Dillon Keane, Jade Cass, Kieran Reid) then gave an excellent reading of the Proclamation to all the assembled students, staff members and parents in attendance. The school’s talented musicians followed with a spirited renditions of The Foggy Dew and Ro Se do Bheatha Bhaile. Attendees then viewed a short film where students spoke about the meaning of being Irish in 2016 and the significance of 1916 to them. As with the readers and the musicians the students were warmly applauded for their efforts. The ceremony ended with the singing of the national anthem. The ceremony was successful in bringing more meaning of the national commemoration of 1916 to the students. It also allowed them to showcase their talents and to reflect on the issue of national identity, patriotism and modern Ireland. Well done to all who gave of their time to organise the event. 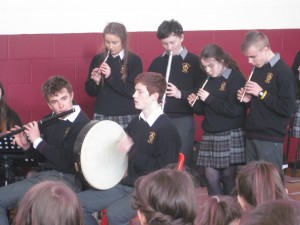 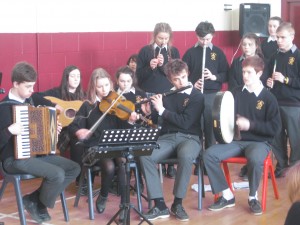 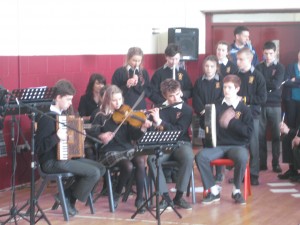 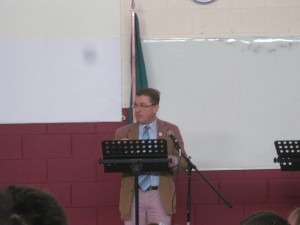 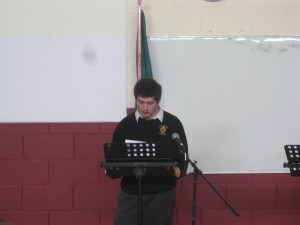 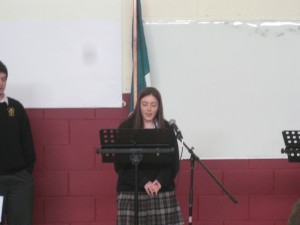 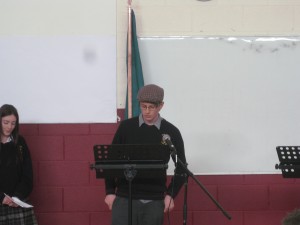 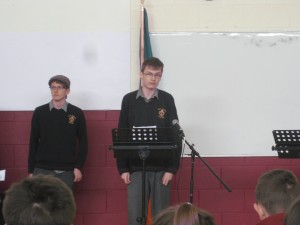 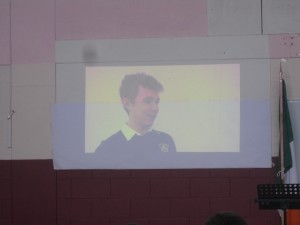