On Sunday the 3rd of March some 5th and 6th year Irish students went on a Gaeltacht trip with Ms.Murphy, Ms.Kelly, and Mary Dunne. From the moment they got on the bus the students had to speak in Irish until they arrived home again. They left the school at 8am Sunday and arrived at the Cliffs of Moher at around 12:15. They spent some time walking along the top of the cliffs and taking pictures. A trip to the Aillwee caves was next where they had a tour of the caves and learned the history behind their discovery. After a long day of sightseeing, the group made the journey up to Salthill and to their accommodation. The views from the apartments were second to none.

On Monday morning the students drove to Padraig Pearse’s cottage in Rosmuc, Connemara where they got to look inside the cottage and listen to the tour guide who told them all about the history of the cottage. Connemara was a very unique place as everyone they talked to spoke in fluent Irish. After a journey up to Killary Harbour to see all of the spectacular landscape formed by glaciers the group headed back into Galway and to Pure Skill, where they took part in a lot of activities such as soccer, hurling, golf and rugby.

After a well deserved lie in on Tuesday morning they went into Galway city to do some shopping for a few hours. They left Galway at around 2 o clock and made the long journey home.  Students had a really enjoyable trip, and said that the improvement in their oral Irish was huge. Thanks to Ms. Murphy, Ms. Kelly, and Mary for organizing the trip. 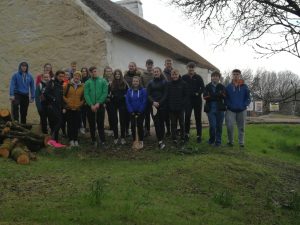 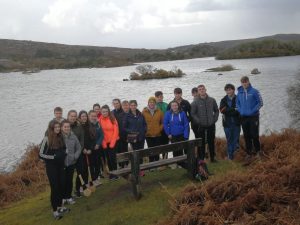