The U17 Kilkenny GAA Senior B Colleges Final against Callan CBS took place on 13th May in Dunmore.

The Scoil Aireagail lads started off weak in the first half but pulled through, Calan CBS employing a sweeper system to good effort started off the game very strong. They led 1-5 to 0-1 after 10 minutes. Scoil Aireagail then started to work their way into the game with 3 points from Casey Corcoran before Callan scored another goal to leave the score 2-5 to 0-5. The use of Shane Aylward in the sweeper role and the introduction of Cillian McEvoy steadied the team, and great scores from Luke McNamara helped Scoil Aireagail to rally and score the next four points to leave the score 2-6 to 0-7 at half time. A great all round team performance, with really good points from Casey, Luke, Cormac, and Conor in addition to brilliant goals from Billy and Conor helped Scoil Aireagail complete a fantastic, but hard fought win over a solid strong Callan side. Cian Cullen and Michael Walsh were excellent in defence throughout, while Casey, Billy, Luke, Eddie, and Conor worked hard for every ball in what was a physical game. Mr. Walsh, Mr. Murphy, and the supporters were delighted to hear the final whistle with the final score of 2-11 to 2-13. Michael Walsh received the Paddy Buggy Cup for the Kilkenny GAA Senior B Colleges Final.

Thanks to Mr. Walsh and Mr. Murphy for their support and encouragement managing the team. 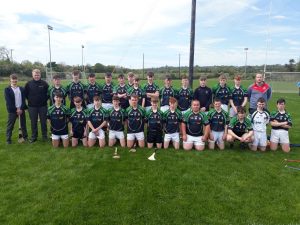 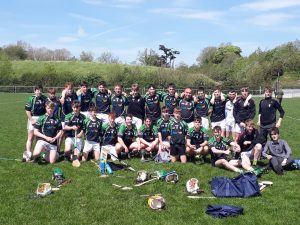 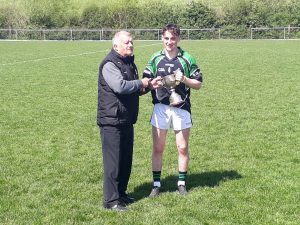