By ballyhale on October 18, 2021 in News
Congratulations to both our Senior Girls and Senior Boys soccer teams who had great success in their first fixtures of the year against Duisk College. The Girls dominated their game winning 6-0. Some fantastic performances all around the field. Special mentions to Marie Culleton who set the pace from the off with an early top corner finish from outside the box, Hannah Pearse and Amy O’Mahony who both scored brilliant braces. The boys came up against a fiercer opposition which led to some great battles and a hugely competitive game. After an even first half Duisk college took the lead early in the second half. Our Senior boys showed great determination and resilience in the final quarter to battle their way back into the game. After a period of extreme pressure on the Duisk defence Scoil Aireagail finally unlocked the oppositions defence through a fantastic volley from substitute Joseph Aylward. With momentum on their side the boys drove on and Scored another cracker of goal from outside the box this time from Conor Power. With the score at 2-1 the boys held on for the remaining few minute to earn a well deserved win. Well done to everyone involved. It was fantastic to be back out playing matches again. Thanks to Soccer Manager Mr. Mackey. 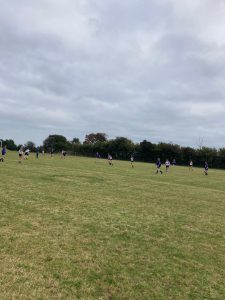 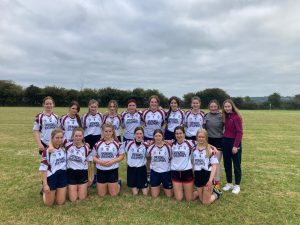