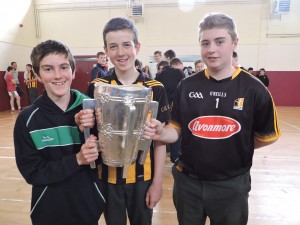 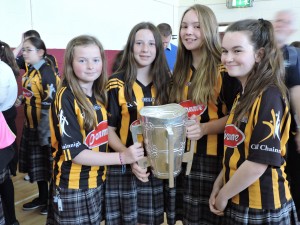 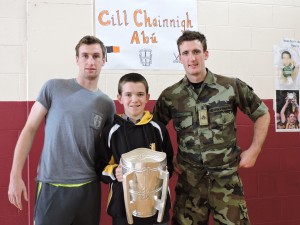 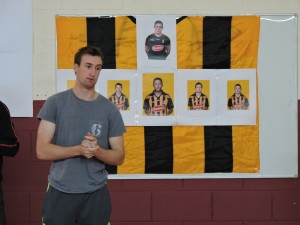 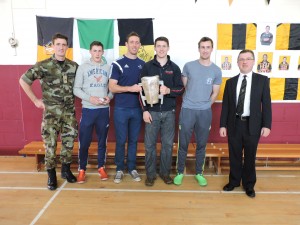 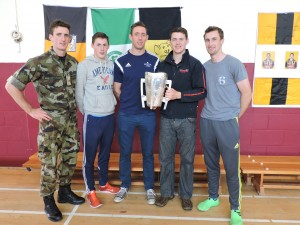 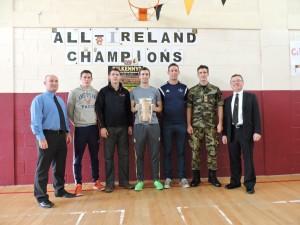 The 2015 All-Ireland hurling champions visited Scoil Aireagail on 25th September bringing the Liam McCarthy Cup with them. They were met with rapturous applause from the students and staff. The school community was honoured to have five members of the squad in the school; captain – Joey Holden, Michael Fennelly, Colin Fennelly, TJ Reid and Richie Reid.

Principal, Mr. O’ Brien, welcomed the players and congratulated them on their tremendous achievement in winning the All-Ireland championship. He spoke about the many ingredients that go into such an achievement and how the players were excellent role models for all the students. He also pointed to the fact that four past pupils of Scoil Aireagail (Joey Holden, Michael Fennelly, Colin Fennelly, Paul Murphy) were in the Kilkenny team, an incredible achievement for the school.

It was an especially proud day for Scoil Aireagail with past pupil Joey Holden captaining the side. Joey addressed the students and spoke about his school days at Scoil Aireagail. He urged the students to work hard and participate in extra-curricular activities. The students then queued for autographs and photos. It was a great afternoon, an experience we wouldn’t mind repeating every year!