On Sunday 28 August the school community of Scoil Aireagail gathered in memory of former principal Mr. Tom Hunt. Tom first came to Ballyhale Vocational School (as it was then named) in 1980 as vice-principal. He served as principal from 1992 until his retirement in 2008. During his time at Scoil Aireagail he had a hugely positive influence on the education and lives of generations of young people from across South Kilkenny and beyond.

His name became synonymous with the school. With the support of the community he fought a gallant, determined and successful fight to keep the school open when threatened with closure. He then ensured that the school obtained the investment necessary to offer the students the facilities they deserved. He left a huge educational legacy to the school, one which is still evident in the everyday life of the school. Tom was an extraordinary man who will always be remembered with great admiration and fondness by all those who knew him.

In recognition of his incredible contribution to the community, and to the many students who benefited from his service, past pupils of Scoil Aireagail organised the ‘Tom Hunt Memorial Run ‘The Block’. A huge crowd of approximately 350 people turned up to ‘run the block’ in Tom’s memory. In glorious sunshine the participants completed the circuit before returning to the school for some refreshments.

The good humour, joy, kindness and positivity which was clearly evident all morning was also entirely in keeping with Tom’s relationship with all those who came along on the day to support the event.

Funds raised on the morning went to the Kate Lynch Scholarship Fund and the Scoil Aireagail Development Fund. Huge credit goes to past pupil Aidan Cotterill and his organising committee. Many thanks to all those who participated and helped out on the day. 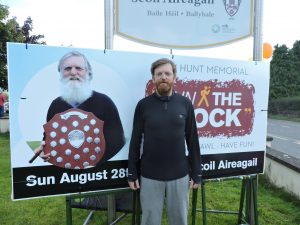 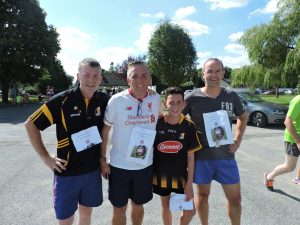 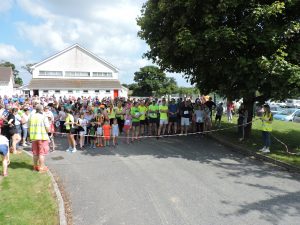