The former governer of Mount Joy prison visited Scoil Aireagail recently on the 24th November.   John Lonergan was Governor of Mountjoy Prison until his retirement in 2010. John joined the Irish Prison Service in 1968. He also served as Governor of the high security prison in Portlaoise from November 1988 until May 1992.  John spoke to third year and transition year students about the direct link between crime and social and economic deprivation. He also spoke to the students about his first hand experiences of drug abuse and crime. This visit was part of the students’ thematic study of justice in English recently. A very thought provoking talk for our students and it was great to see so many engaging with John asking questions throughout. Thanks to Ms. Prendergast for organising the event. 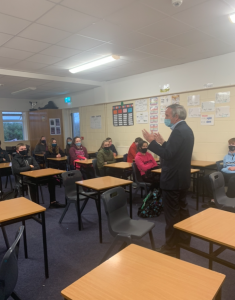 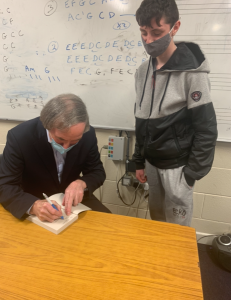 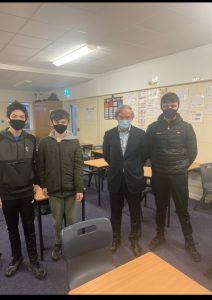